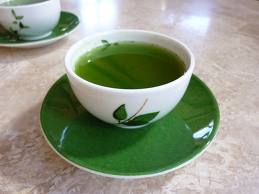 Matcha green tea is a particular type of finely-ground tea most popular in Japan, though it finds its origins in China. The tea leaves used for matcha are shade-grown, and are thus covered from sunlight during the final stages of growth. This shade slows growth and causes both a darkening of the leaves in color and increased production in amino acids, resulting in a sweeter flavor.

Matcha has found its way into American markets due to its outstanding health value. Studies on matcha tea have discovered that it generally holds up to an astounding 137 times more of certain antioxidants than other green teas; in fact, by weight, matcha contains over ten times more antioxidants than blueberries, spinach, and pomegranates, among others. Antioxidants—one of the biggest topics in health today, due to their anti-aging effects and powers of disease prevention—are present in all green teas, but only in very limited quantities. This is because most of the nutritional value in a green tea comes from the tea leaves themselves.

In a brewed tea, less than a tenth of the vitamin, mineral, and antioxidant content comes through; in matcha, on the other hand, you get all of it. This is because matcha is made from stone-crushed leaves: all of the tea leaf is ingested, providing the full array of health benefits available.

Matcha is also an efficient detoxifier. Chlorophyll, which many people know as the chemical that turns leaves green, is great at removing harmful chemicals and heavy metals from the system; matcha, as a shade-grown plant, has significantly higher levels of chlorophyll than other teas.

Matcha also has energy-boosting and calorie-burning capabilities. As matcha is almost calorie-free to begin with, it starts off as healthy on that count. However, it also helps to boost metabolism and provide energy through the naturally-occurring combination of its ingredients. Overall, matcha is simply a healthy and superior tea.