How To Eat More Veggies 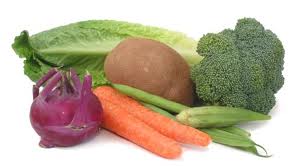 Working more vegetables into a diet can be a difficult thing for a lot of people. To be fair, the vegetable element of a diet has gotten a bit of a bad rap over the past few decades, thanks to the bombardment of overcooked, tasteless greens and the ubiquitous and equally tasteless “house salad” found in just about every restaurant in the world. The thing to keep in mind, though, is that vegetables don’t have to be bad. Quite the opposite, in fact.

There are many ways to incorporate vegetables into your diet, and the best first step is to take it slow: start off just eating the vegetables you like, and slowly working in new ones. Try out different vegetables every few days; it’s a good way to get some variety in there while allowing yourself to either stick with ones you like or move past ones you don’t.

An easy way to work in more variety is to experiment with salads. Instead of always using the same greens in a salad, try out different types of leaves, like romaine, spinach, arugula, or others instead of the simple iceberg lettuce found in most salads. Try adding in cabbage or kale, and always remember that a salad doesn’t have to be only greens; indeed, you can always make a salad bereft of any greens at all. Be creative and try new things out.

Another great strategy is to sneak them into existing recipes. Mince or chop up vegetables and add them to sauces, or try mashing some root veggies and mixing with a sauce. Additionally, try different preparations. Cooking a vegetable can produce a markedly different result from eating the same one raw. Use seasonings and sauces to produce new flavors. Most of all, though, just have fun with it!