Strength
20 Minutes to Establish a 1RM Back Squat 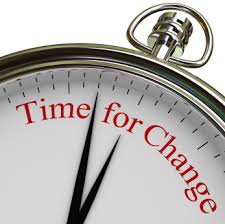 Last year when the gym announced the Paleo Challenge, we discussed at length whether or not we should do it. Our daughter, Katie, had talked on and on about how adopting the “Paleo” lifestyle had positively influenced her life….we would roll our eyes as we ate yet another handful of crackers. We had always eaten “healthy” or so we thought. But something about “enduring” the challenge with the other athletes of CrossFit Frontier made it palatable. I decided to dive in 100% -Frank on the other hand had a different view as you will read below.

And a challenge it was; not drinking coffee first thing in the morning, which had been our routine FOREVER, was really difficult the first week. (Thank goodness the rules were eased up a bit this year!) We did find humor in drinking herbal tea and to be honest, after that first week, it wasn’t too bad. I expected to have a headache and a little edginess from caffeine withdrawal; what I didn’t expect was the withdrawal I experienced from not snacking all day long! I didn’t realize until I started writing down everything I ate that I was addicted to snacking on not so healthy food ALL DAY LONG! Scary revelation as I had convinced myself “I never ate that much between meals.” Right!

But the biggest change for me came from finally eating enough protein to fuel my active lifestyle….after about 3 weeks, I found my energy increasing, my cravings for junky food decreasing significantly and I my craving for Diet Pepsi (a lifelong addiction) GONE. I was ecstatic! Even at the end of the 30 day challenge, aside from guzzling cups of coffee, I didn’t want to give up on my new lifestyle and a year later, I am following Paleo 85% of the time. I have more energy, sleep better and enjoy the food I do eat a great deal more.

I didn’t accept the Paleo Challenge in 2012 and won’t again in 2013. I know my weaknesses and to consistently deprive myself of some of my favorite foods just won’t happen. What I have done and will again this year is ride Nancy’s coattails into the Paleo sunset. She was so dedicated to its principles that if I cheated, I cheated alone. That by itself, dramatically improved my eating habits. As I said in class several weeks ago, I don’t remember the last time we bought a loaf of bread. I don’t order french fries, don’t eat cereal for breakfast and generally order a wrap as opposed to a burger.

I’d say I’m about 50-60% Paleo and my goal is to pick up another10-15% participation during the next 12 months. I need to get the damn Sugars out of my diet. I tried last year and did pretty well initially but have fallen back to old habits. I can beat the Sugars.

Finally, if the cheats are not around, I’m much more successful. “if it’s in the house, it’s in my mouth” ( I just made that up). I sense that may be a common theme with participants. I know we should all possess the willpower, but in my tiny world, that’s not realistic. Keep it away.

I will follow Nancy’s lead again this year and if I fail miserably on my Paleo improvement, it is on record that it was Nancy’s fault.